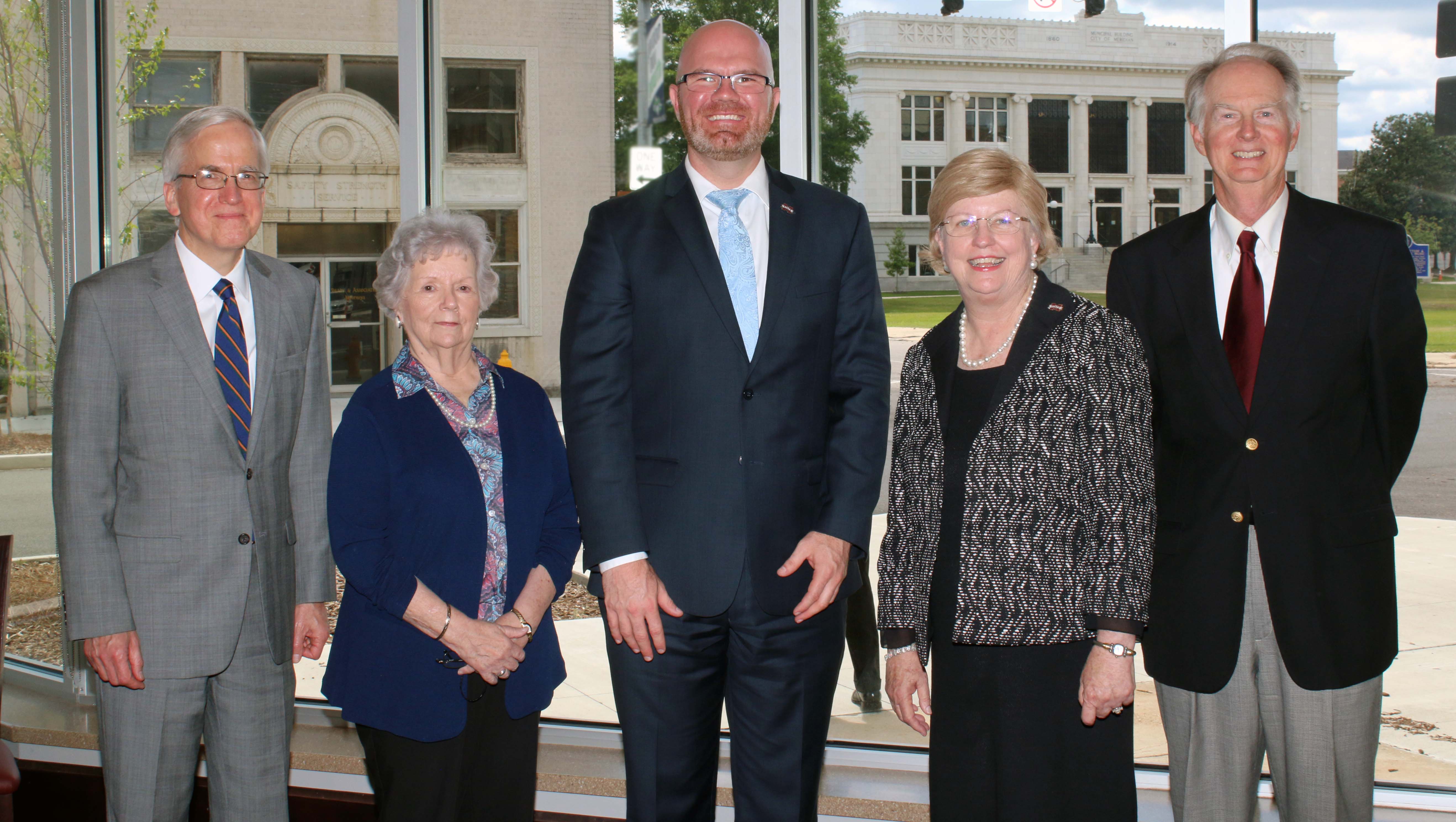 A $1.25 million dollar gift by the Meridian-based foundation in 2011 made possible both facilities, including the most recent library that officially opened in January 2016.

In remarks during the ceremony, MSU Provost and Executive Vice President Judith L. “Judy” Bonner called the facility a significant educational asset for the kinesiology and business students located at the Riley Campus downtown.

“We are profoundly grateful to the Phil Hardin Foundation for the gift that made this beautiful library possible,” Bonner said.

She also noted the facility’s light fixtures, original to the building, as well as the open and airy design including window seats and the view of the newly restored City Hall.

“We are most appreciative of the Hardin Foundation for their outstanding support of MSU Libraries and for making it possible for these library programs at MSU-Meridian, which strongly support teaching, research and learning, as well as providing additional intellectual opportunities for the Meridian community and beyond,” Coleman said.

In addition to housing approximately 900 print volumes, the library contains seven study tables, five laptop accessible chairs and six computer work stations.  A computer lab with an additional nine computer workstations, one teaching station and a large display screen also is available, as well as access to one scanner and two printers.

“The Phil Hardin Foundation is pleased to be a partner in Mississippi State University’s expanded presence in downtown Meridian,” said Robert F. Ward, president of the Phil Hardin Foundation Board of Directors. “This library will be integral to the success of the business and kinesiology programs that add greatly to the educational opportunities available to area residents. We are a stronger community and region because of MSU’s commitment here.”

For more information about MSU-Meridian and the degree programs offered, visit www.meridian.msstate.edu.

Photo:  Lloyd Gray, executive director of the Phil Hardin Foundation, Frances Coleman, dean of MSU Libraries, Terry Dale Cruse, administrative director and head of campus at MSU-Meridian, Judy Bonner, MSU provost and executive vice president, and Robert Ward, president of the board of directors of the Phil Hardin Foundation celebrate the opening of the library on the Riley Campus in downtown Meridian.