Father and son find purpose and direction at MSU-Meridian 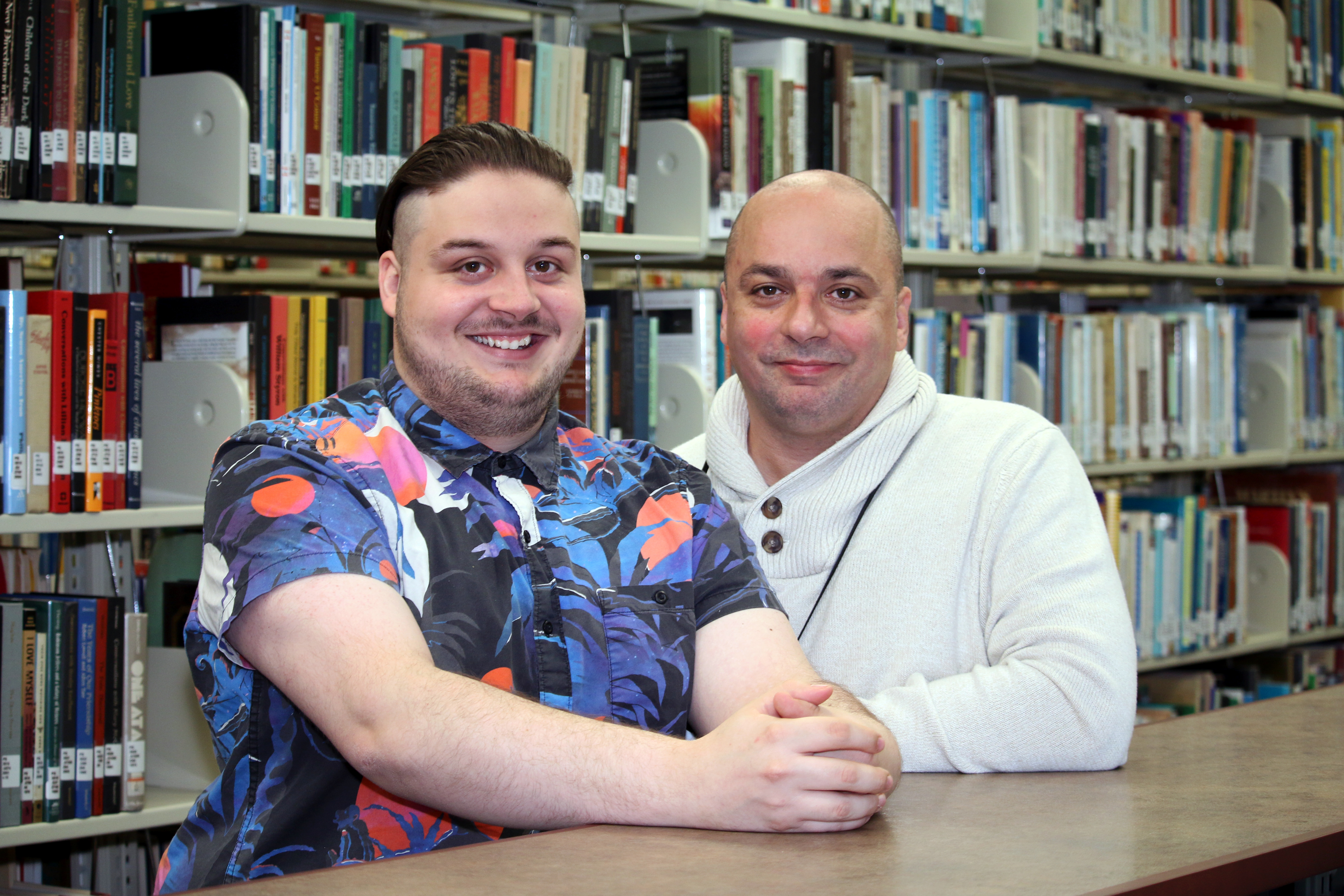 Mississippi State graduate student Jeremy Chase, a 20-year veteran of the U.S. Navy, relocated his family from the Pacific Northwest to the Naval Air Station Meridian in 2009. Five years later, he retired from the military at the age of 43 and began a new career as a college student.

When Chase retired in 2013, he planned to work on the flight line at the naval air station. Yet while waiting to fill out his discharge paperwork at the Veteran’s Administration in Jackson, he had an epiphany.

“I overheard several veterans talking about their past and showing pictures to one another and then they mentioned how difficult it was to find a therapist or counselor they liked at the VA. And it hit me—I could help them,” he said. “I’ve always been a people person, and I could relate to them and understood the terminology. I realized right then maybe one day I could work with veterans, particularly those with post-traumatic stress disorder.”

With a plan in place, Chase got to work.

“I’ll be honest, when we moved from Seattle to Meridian, I never imagined we would have access to both a community college and a university like Mississippi State all in the same town. It has been a real blessing to our entire family,” he said.

When his son Tyler Chase graduated from Russell Christian Academy in 2017, instead of enlisting in the armed forces immediately, he took his dad’s advice and decided to earn a college degree first. While Tyler finished his associate degree at Meridian Community College, his dad began taking classes across the street at MSU-Meridian.

The transition from career military to full-time student certainly wasn’t an easy one for the elder Chase, but he noted everyone at MSU-Meridian, from staff to faculty, was willing to help him every step of the way.

“Ms. Lynda Gist, who works with veterans, was a tremendous help right from the start,” he said. “When I was an undergraduate psychology major, I remember sitting down with Rod Wilson, associate professor of psychology, and I shared how I wanted to work with veterans one day. He immediately pulled up the VA website and began looking at the various jobs listed and pointed out the ones he thought would be a good fit. He was a good sounding board and encouraged me to go after my dream.”

When Tyler arrived on the MSU-Meridian campus a semester later, he opted to major in history.

“I chose history not only because I love the subject, but also I thought a history degree would offer greater flexibility for my future,” he said, adding that he plans to either apply to officer candidate school after graduation or take the law school admissions test and apply to law school.

“Either way, I believe my degree will help get me where I want to go,” he said.

While military life may have separated the two often when he was younger, father and son now had the unique opportunity to go to college together.

“While my dad had an entire semester with face-to-face classes, that wasn’t my experience,” he said. “It was rough, but we felt the university did the best it could under the circumstances, and we were able to make it through.”

Since history and psychology both fall under the Division of Arts and Sciences, the pair did have a few classes together, resulting in some friendly competition.

“We couldn’t help but compete somewhat, and that isn’t necessarily a bad thing,” Jeremy said. “But we discovered early on we could not study together.”

“Our study habits are definitely different,” Tyler agreed. “I have to have some form of noise when I study, like maybe a TV show or movie in the background, but my dad likes complete silence.”

Though neither father nor son is certain what their educational journey would look like without MSU-Meridian, both know they are eager to move on to the next chapter.

“As a kid, my sister and I were used to moving and hitting the reset button in a new place every few years, and I feel like that’s going to serve me well in the future. I’m ready for the next step,” Tyler said.

Jeremy said he too is proud to be at this stage in his academic and professional career paths. Along with being a full-time student working toward a master’s degree in clinical mental health at MSU-Meridian, he is working full time as a behavioral health technician at East Mississippi State Hospital, where he will complete his practicum before graduating.

“This has been a long journey, and while there have been some setbacks along the way, I kept moving forward,” he said. “I feel like my goal is within reach, and I just need to keep going a little while longer.”