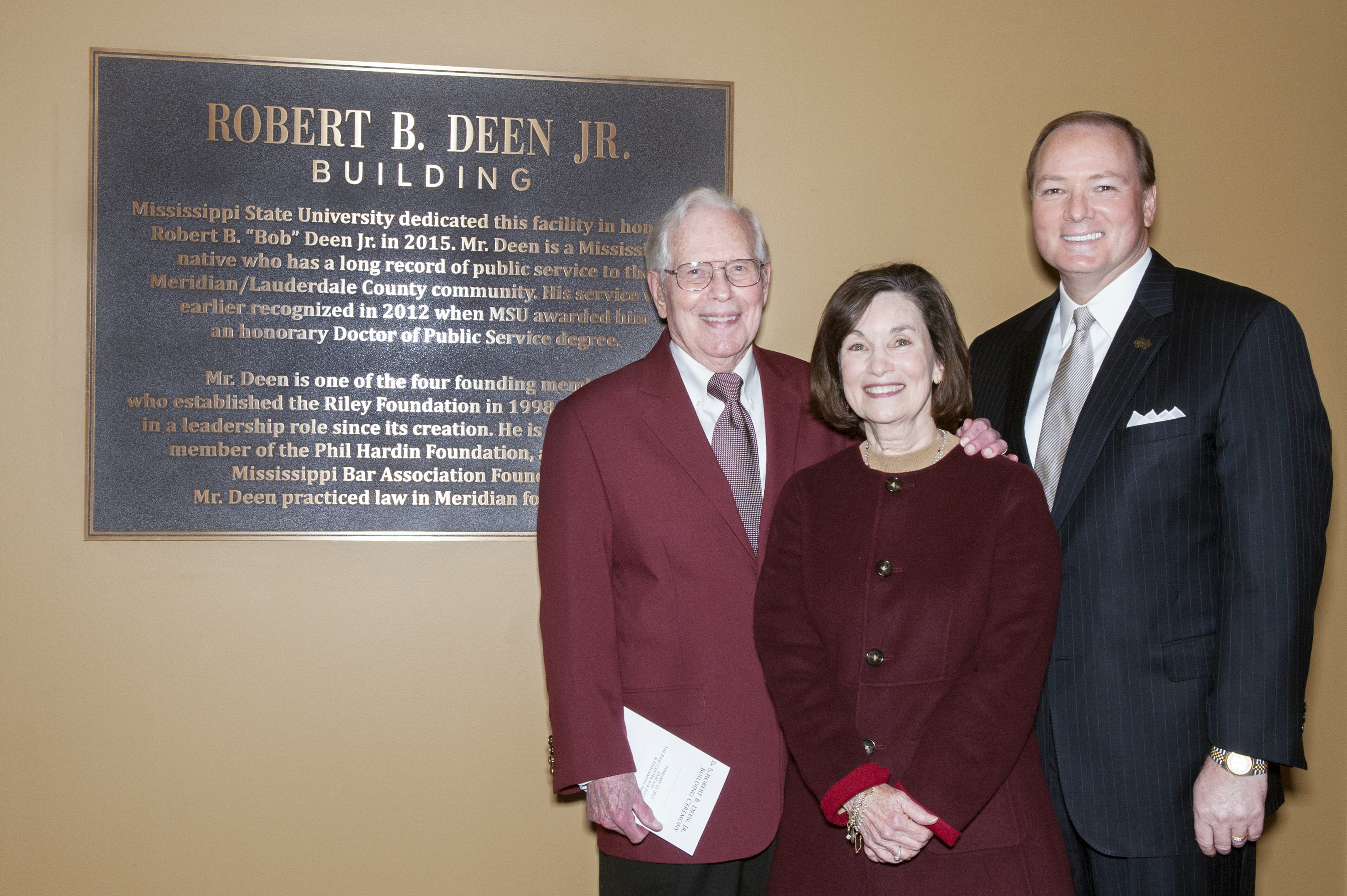 Deen’s work as president and chairman of the Riley Foundation and his work with the Phil Hardin Foundation greatly impacted education and opportunity in the state’s East Central region, specifically as it related to the transformation of Downtown Meridian and MSU-Meridian. The university recognized his long record of public service to the local community and the university in 2012 with an Honorary Doctorate of Public Service.

MSU President Mark E. Keenum said of Deen, “He was a leader in civic endeavors benefiting this city, county and Mississippi State University. A pillar of the community in every aspect, we're grateful for what he did to help build MSU-Meridian’s educational opportunities.”

In 2015, the Newberry Building at the MSU-Meridian Riley Campus was designated the Robert B. Deen Jr. Building.

Deen was one of four founding members establishing the Riley Foundation in 1998, and served as its director, officer and general counsel. He was presently serving as president and COO. He also was a founding member of the Phil Hardin Foundation, as well as the Mississippi Bar Association Foundation.

Deen served in the Pacific Theater during World War II after his 1943 graduation from Starkville High School. In 1946, he entered Mississippi State after three years in the U.S. Army Air Corps, studying electrical engineering until the summer of 1947, when he left for law school.

A national and international award-winning photographer, Deen was a former national secretary of the Photographic Society of America.

In lieu of flowers, memorial gifts can be made to the Robert and Lindy Deen Endowed Scholarship at MSU-Meridian online https://securelb.imodules.com/s/811/foundation/interior-form.aspx?sid=811&gid=1&pgid=2318&cid=8458&dids=452 or mail to MSU Foundation, P.O. Box 6149, Mississippi State, MS 39762.