MERIDIAN, Miss.—Five graduates at Mississippi State University-Meridian are being recognized as outstanding students for the 2021 fall semester. They are among 145 students receiving diplomas this month, including nine honor graduates. 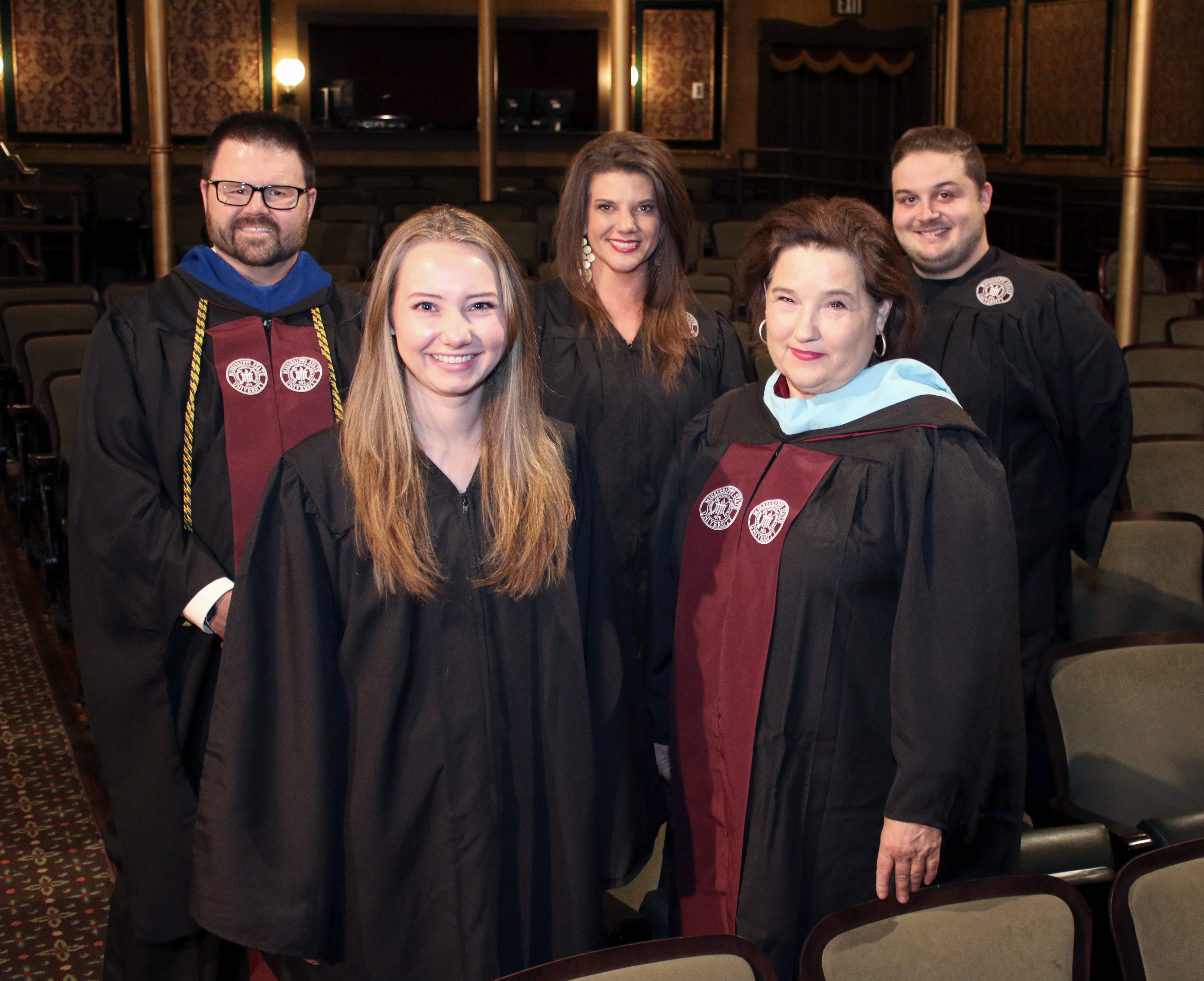 —Tyler Chase of Meridian, Outstanding Undergraduate Student for the Division of Arts and Sciences and recipient of the Dennis J. Mitchell Award of Excellence. A history major, Chase is a 2017 graduate of Russell Christian Academy. Rather than enlist in the military right out of high school like his father, Chase opted to earn his degree first. And while military life may have separated father and son over the years, the two had the unique opportunity to not only attend MSU-Meridian together for a few semesters, but also take some classes together. After graduation, Chase intends to apply to officer candidate school or take the law school admission test.

—Wes Watkins of Quitman, Outstanding Graduate Student for the Division of Business. A professional MBA major, Watkins returned to school during the pandemic. While attending MSU-Meridian earlier as an undergrad, he was selected to attend MSU’s Global Leadership Program: 2010 Korea Study Tour, which also included a visit to Hong Kong. An avid traveler, Watkins has visited 11 countries and hopes once restrictions are lifted for international travel, he and his wife can add Japan and Australia to that list. Upon graduation, he is looking for employment in business with an emphasis on logistics.

—Jessica Williamson of Louisville, Outstanding Undergraduate Student for the Division of Education. Williamson is in her first year at Louisville Elementary where she teaches fifth grade science. Although she started her professional career in surgical technology, several factors pushed her to look at a career in education and, in 2016, she began substitute teaching in the Louisville Public Schools. It wasn’t long before the single mom of two transitioned to a full-time position as a teacher assistant. And after learning about the Professional Advancement Network for Teacher Assistants, an initiative at MSU-Meridian that helps teacher assistants complete the educational requirements to become licensed, Williamson began working on her elementary education degree, which she completed in August.

—Anne Fisackerly of Sebastopol, Outstanding Graduate Student for the Division of Education. A senior English teacher at Philadelphia High School, Fisackerly is a 2019 recipient of the Golden Apple Award, a local program recognizing outstanding educators in east Mississippi and west Alabama. In addition to cash and other prizes, she also received a scholarship for a graduate class at MSU-Meridian. Encouraged by her mentors to always stay relevant, she intended to take just one class but ended up pursuing an education specialist degree, which she completed in August. Fisackerly has been an educator for 12 years.