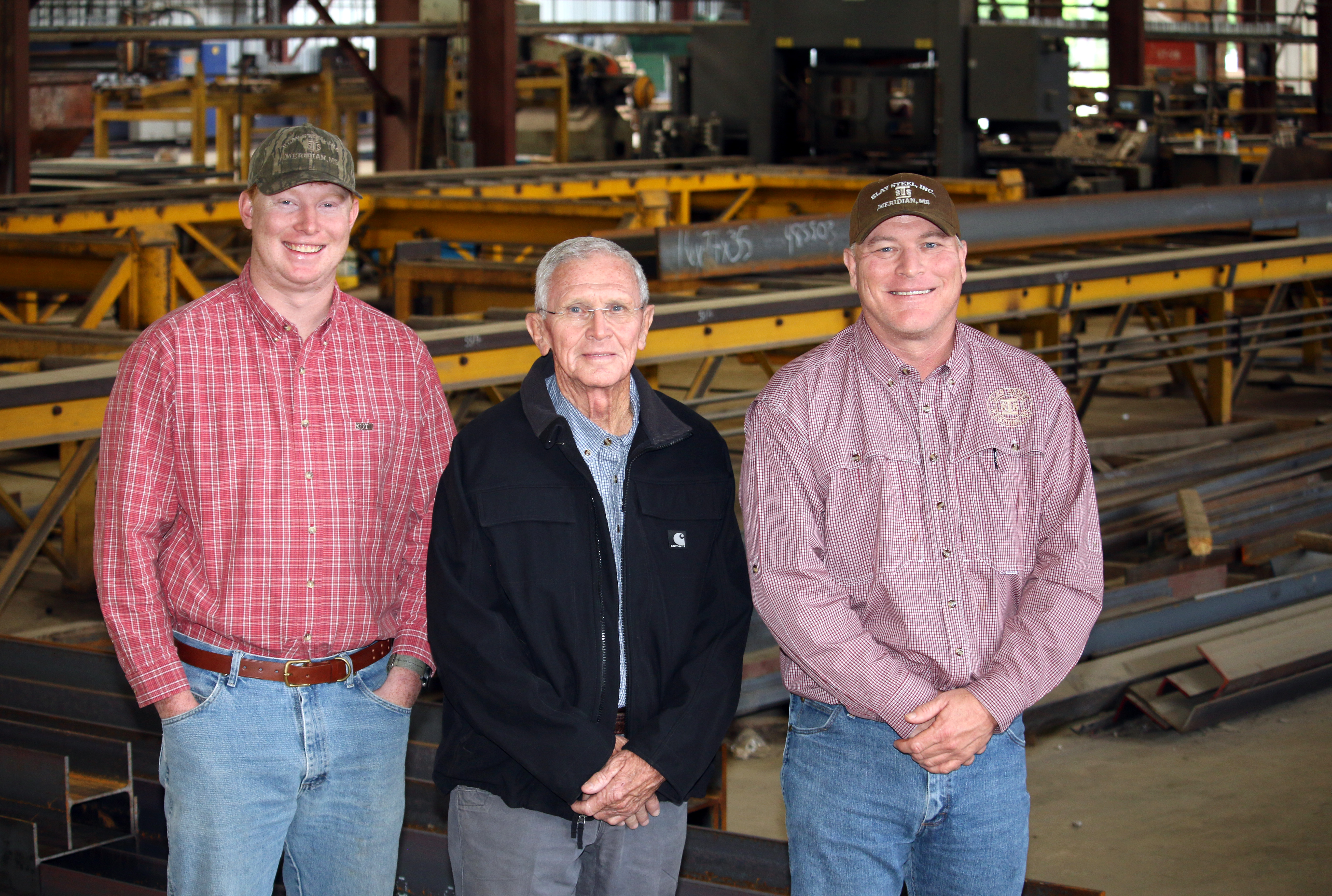 MERIDIAN, Miss.— When renovation work began in downtown Meridian on the Marks Rothenberg department store and the Grand Opera House in the fall of 2003, local company Slay Steel did the fabrication work.

The Slay family’s connection with the university began in the early 1960’s when Ronnie Slay attended MSU in Starkville while his wife worked in the horticulture department. After a few years, the couple returned to Meridian where Slay began working at Bates Steel, his father-in-law’s business.  In 1984, when his father-in-law retired and sold the business, the elder Slay decided to branch out on his own and open Slay Steel on 5th Street, where the company still is located today.

Ronnie, his wife and another employee operated the business while the Slay’s sons, Greg and Phillip, were growing up. Greg said he was encouraged by his parents, particularly his mother, to get a degree in case the business didn’t make it. He started out taking classes on the Starkville campus, but then returned home to help run the business.

“It was a lean time for our company, and my dad really needed me and my brother to help out in the shop,” said Greg. “Fortunately for me, MSU had a campus here. It allowed me to work all day and attend classes at night, and I was able to graduate with my business degree from MSU-Meridian in 1994.”

Greg’s son, Garrett, followed in his father’s footsteps by taking classes in Starkville, but he too would return home and work in the family business part time while completing his degree at the local campus.

“The atmosphere at MSU-Meridian is the best that I’ve experienced, and the small class size really encouraged one-on-one relationships with not only my peers, but my instructors as well,” Garrett Slay said. “My professors’ hands-on experience in the field was particularly beneficial to me, since I was not only going to school but also spending as much time as I could learning the family business. Many of the topics we discussed in class I saw in the day-to-day operations at work, and it helped me develop a better understanding of our company,” he added.

Now with his father Greg Slay at the helm and his uncle handling the warehouse sales, the company is preparing for the third generation to permanently join the ranks.

“The industry has changed quite a bit since I first started working for my dad,” Greg Slay said. “And sometimes I worry that he (Garrett) may not truly understand the blood, sweat and tears that went into making this company the solid business it is today. But at the same time, I really do think he is going to bring a lot to the table. Particularly since so much of this business is not only computerized, but automated. From the fabrication in the shop, to the engineering and accounting in the office, I’m seeing where his understanding of the technology is going to be a great benefit.”

After spending most of his time in the fabrication shop during summer breaks and around his class schedule, Garrett Slay is ready to take a more active role in the business.

“I’d really like to handle the project management on a small job by myself, just to see every step of the process,” he said. “I’ve watched my dad and granddad, but there’re a bunch of little parts that I haven’t been able to be in on because I’d have to leave and go to class.”

He also hopes to have the opportunity to visit more job sites now that he is graduating.

“Most of the jobs are out of town. They would go during the day, and I wouldn’t be able to go,” Garrett said, “with the exception of the new Mississippi Arts + Entertainment Experience.  That’s really the first one I got to see from the ground up.”

Over the years, Slay Steel has grown from a local warehouse to doing fabrication work, first in Mississippi, then expanding to the Southeast and nationwide.

Although Ronnie Slay never envisioned the company being this far along in 34 years, he believes it’s a great opportunity for his grandson, Garrett, and he’s proud of him.

“Garrett has got the capacity to do this job, and he has a younger brother, Patrick, as well as his cousin, Tyler, following right along in his footsteps,” Ronnie Slay said. “It wasn’t until Greg got out of school when we really began to do more fabrication work.  I think in the future, this next generation will be able to take the business even further.”