(MERIDIAN) – Steven Brown of Meridian has been named Outstanding Graduate student for the Division of Business for fall 2020. He is one of five Mississippi State University students to be recognized at Meridian’s fall commencement ceremonies slated for Tuesday, December 1 at 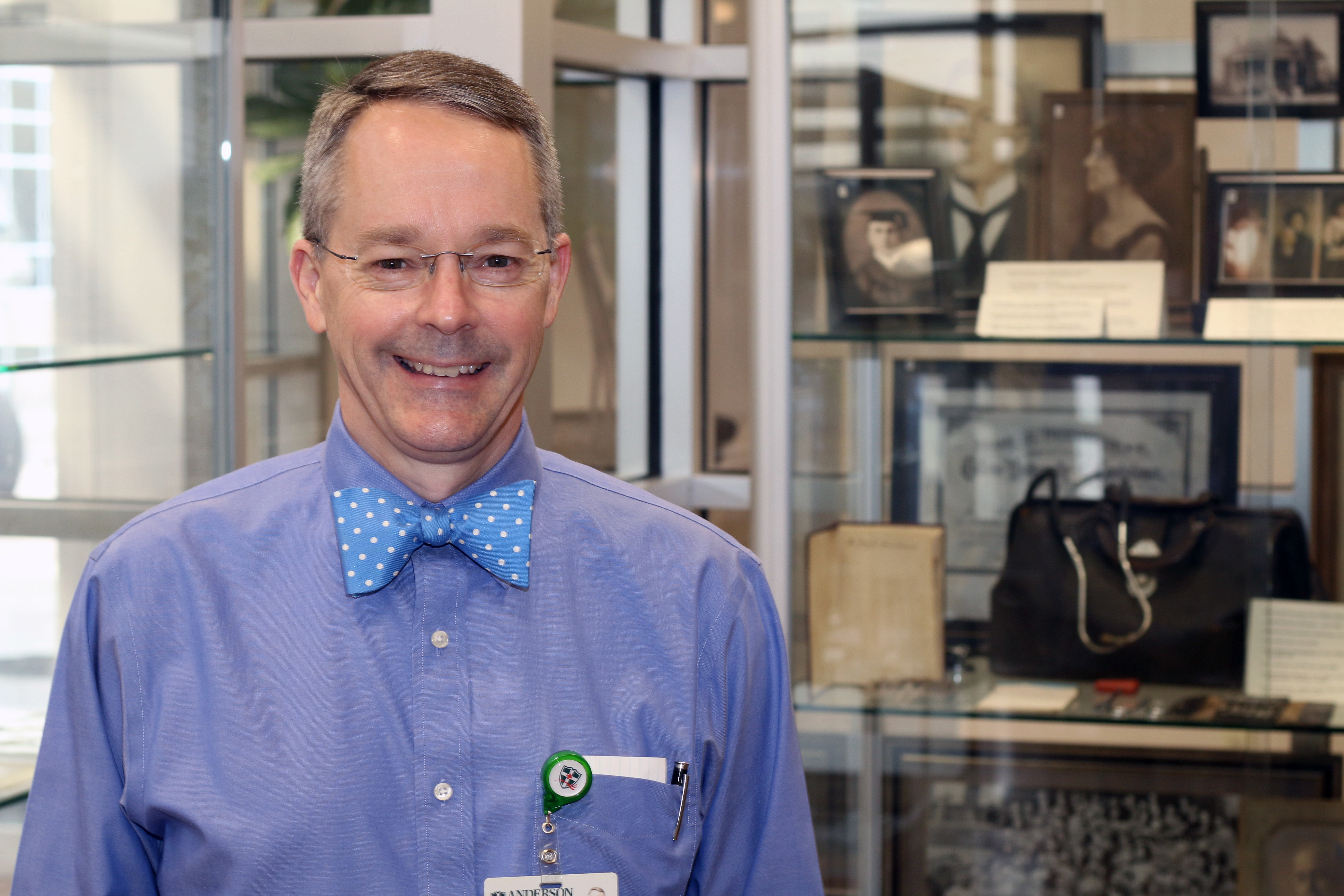 A Professional MBA major, Brown is vice president of finance and chief financial officer for Anderson Regional Health Systems. After earning his undergraduate degree in accounting in 1992, he went to work for a bank in Hattiesburg, followed by a brief foray into public accounting with a small CPA firm out of Gulfport – all the while studying for the CPA exam.

Brown soon realized audit and tax work were not his “favorite things to do” so when an accounting job came open at the former Riley Memorial Hospital in Meridian, he jumped at the chance to move back home and venture into the healthcare field.  He stayed with the local hospital until it was purchased by Health Management Associates, and with CPA credentials in hand, began working at Rush Health Systems in 1998. A decade later he learned of a controller position at Anderson Regional Health System, applied, and after six years in that position he was named vice president of finance in 2014. Two years later he earned the title of chief financial officer.

“When I finished my undergraduate degree, I wanted to go to work and didn’t really have a desire at that time to continue my education. Looking back, I probably wished I had so I could have been done, but at the moment that wasn’t really where my mind was,” admits Brown. “As I kept working and getting further and further away from school, I got to the point that I thought well, can I really go back, is it really worth it?”

Knowing there were others out there in the corporate world with more education and certification that he had, but uneasy after being out of school for 30 years, Brown heard about MSU-Meridian’s Professional MBA program.

“I really had concerns about taking the Graduate Management Admission Test (GMAT) after I’d been out of school for such a long time,” he said, “but when I learned that MSU-Meridian’s program would consider waiving the GMAT in lieu of work experience, I realized it wasn’t going to get any easier to do this, so I applied and started the program in the summer of 2018.”

Out in the workforce for many years, Brown still found his coursework and classes valuable and found the information either related to the work he was already doing, or he was able to take new concepts he was learning and apply them in his day-to-day job.

“One thing I discovered when I started at MSU-Meridian, that I believe sets their MBA program apart, is the fact that many of the professors and instructors have had, or still have, a career outside of academia,” said Brown, "and this enabled them to bring their various work experiences into the classroom to help students understand how the theories they were discussing could actually be applied in a real-world setting. And since I’ve spent the majority of my work career in healthcare with some banking and public accounting experience, it was interesting to hear about the industries the professors worked in, and although each one was unique and different – how the same basic principles and theories were still applicable.”

Although Brown admits it was definitely challenging trying to balance family, work and school, especially his last few semesters when COVID-19 came into play, he would do it all over again.

“It’s just that important,” he said, “especially in the competitive work environment we see ourselves in. I also think it’s a good thing people should do to better themselves. It demonstrates to a potential employer that you have the persistence and desire to see something through;  that you not only can start something but also finish it.”