MSU-Meridian graduate student realizes her dream of becoming a teacher 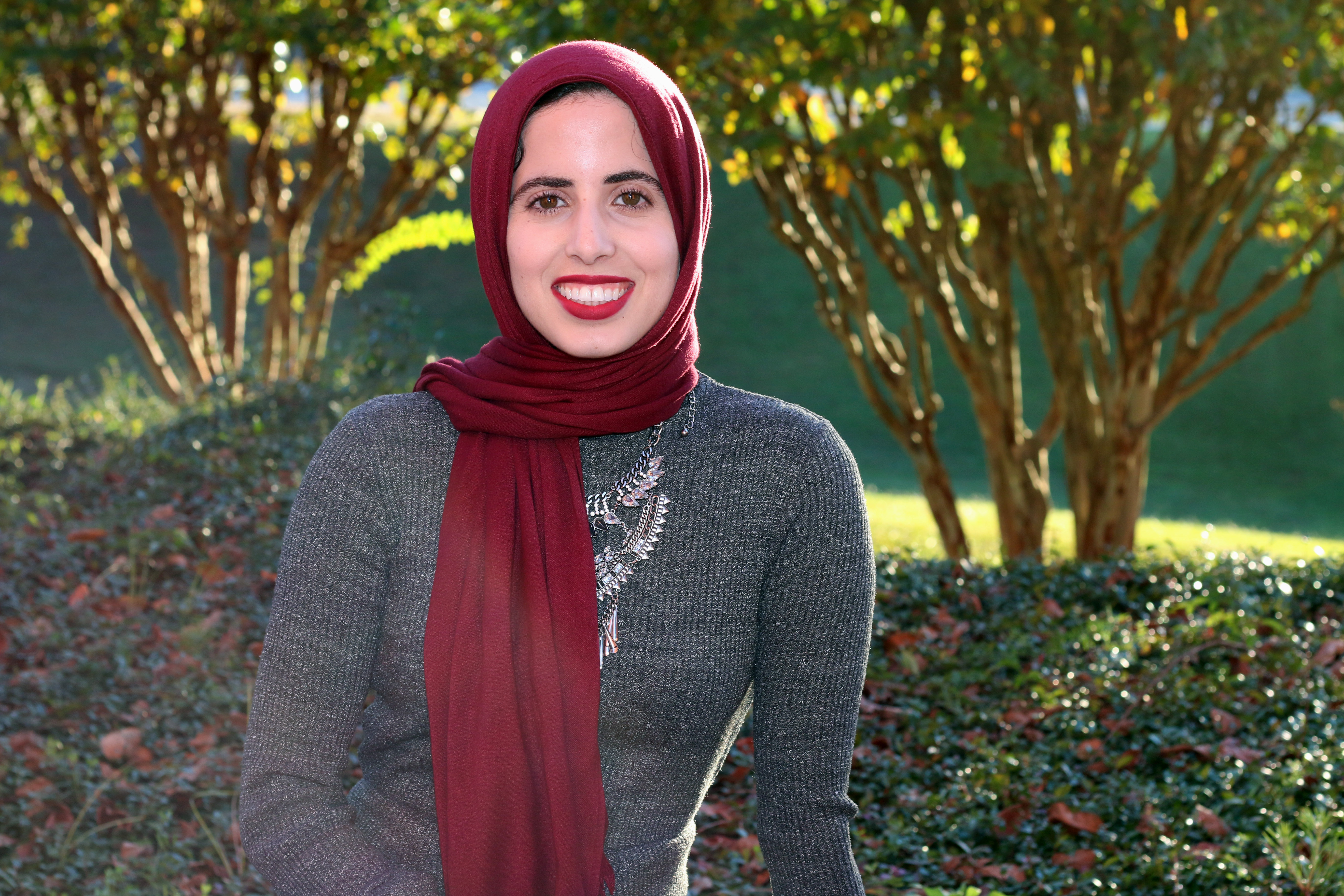 MERIDIAN, Miss.— This fall's Outstanding Graduate Student in Mississippi State Univeristy-Meridian's Division of Education said her third-grade teacher changed her life and she strives to "pay it forward" with the patience and encouragment she wants her students to embrace.

Yasmin Ali of Meridian, who is being recognized for the award during MSU-Meridian’s fall commencement on Dec.13,  will receive a master's degree in elementary education.

Attaining her long-term educational goal makes the 24-year-old reminisce about her desire to become an educator.  She traces her path back to her experiences in Mrs. LaPlaca's classroom in Brooksville, Florida.

Born in New York, Ali moved at 3-years-old with her family from Staten Island to her father’s native country of Palestine, where they lived for six years until moving back to the United States.

Ali was fluent in Arabic, but knew limited English until a caring teacher helped her learn.

“Mrs. LaPlaca took me, a shy, self-conscious little girl who was an English Language Learner, and by the end of my third grade year, I had placed out of the program,” said Ali.  “I credit her not only with that success, but for the honor of being selected Outstanding Graduate student as well.”

Ali’s family stayed in Florida a few years before moving to Dayton, Ohi,o where she attended a private middle and high school that allowed her to reconnect with the Arabic language in addition to her English studies.

“Once I became fluent in English, I realized I was having a hard time remembering my family’s native tongue,” she said. “I was thrilled that my school in Ohio allowed me study both.”

After high school graduation, she and her extended family moved to Southaven, where she promptly enrolled in elementary education at the University of Mississippi’s local campus.

Before earning her undergraduate degree, Ali looked up and called her former teacher and called her at Florida's Moton Elementary, Ali's slementary school where LaPlaca still teaches.

“I was so happy she remembered me and that I was able to share with her that I was about to graduate with my bachelor’s degree in elementary education - and it was all because of her,” Ali said. “She is the reason I became a teacher and I wanted her to know the impact she made and is still making on my life.”  The two continue to keep in touch through email.

Ali and her husband AB Asmar married in the fall of 2016 and settled in Meridian, where her husband owns a local business. After spending a few months to settle in her new home and explore the area, Ali discovered she could continue her studies at MSU-Meridian.

“On a campus of this size, I felt that I could connect better with not only my classmates, but my professors who I could go talk with whenever I needed to,” she said.

In her own classroom at Poplar Springs Elementary School in the Meridian Public School District, Ali has spent her first semester as a fourth-grade math and science teacher trying to emulate her third grade mentor.

“Mrs. LaPlaca was always very sweet and patient with me and would always ask about my day.  She would encourage me, as I learned English, to not focus on my struggles or what I couldn’t do, but look at my successes and the strides I’d made,” Ali said. “She literally changed my life.  When I think about the way she made me feel, I want to do that for my students. I want them to know and see on my face how excited I am to see them every day. They deserve that.”