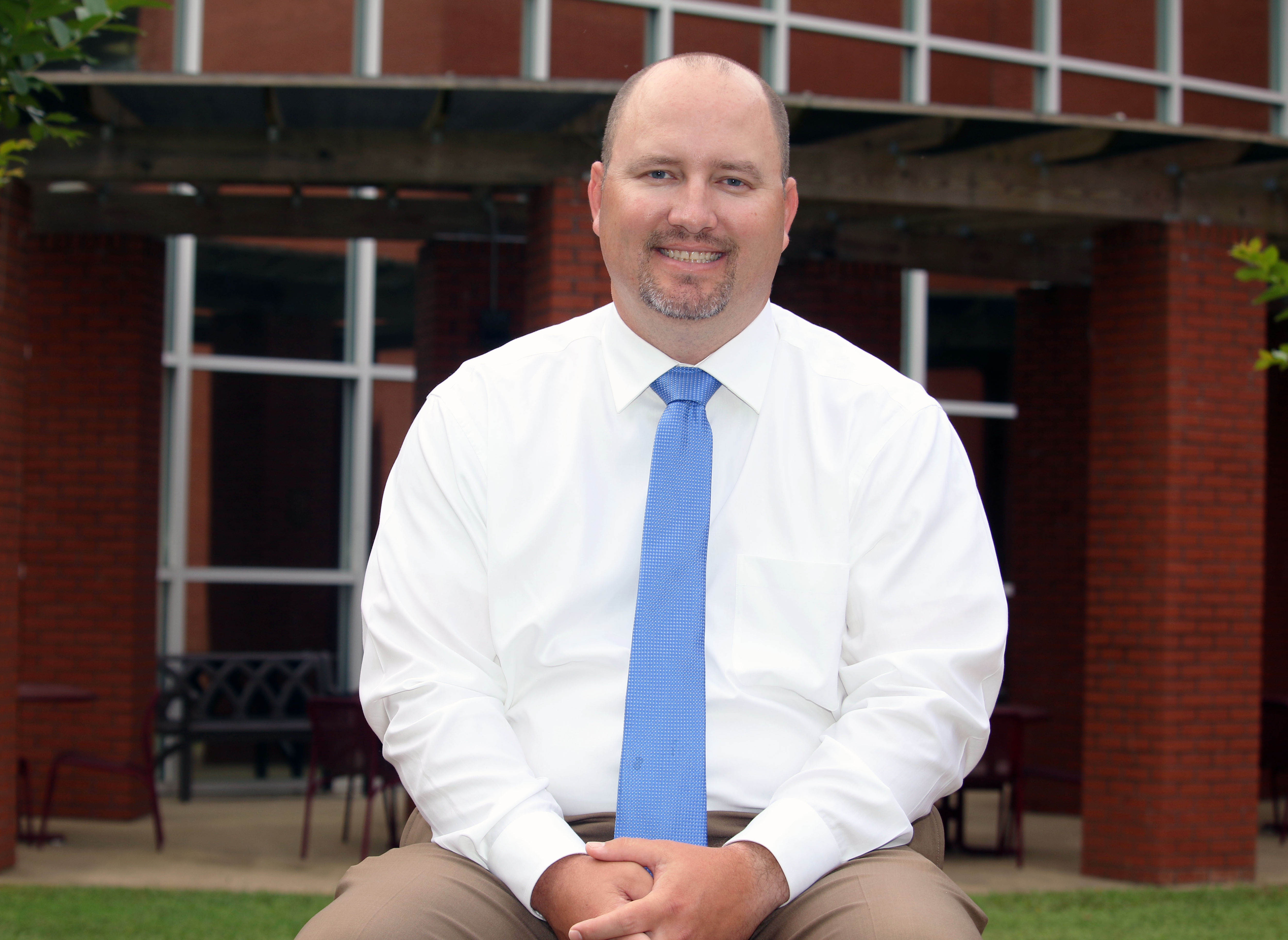 MERIDIAN, Miss.— Three years ago Dustin Phillips was graduating with an undergraduate degree in secondary education from Mississippi State University in Meridian.  He also was serving his country as a member of the172nd Civil Engineering Squadron of the Mississippi Air National Guard based in Jackson.

At MSU-Meridian’s 2017 spring commencement to be held at the MSU Riley Center on Friday [May 5], Phillips will be recognized as the Outstanding Graduate Student for the division of Education.  He is one of four students among the 120 candidates to be recognized during at the ceremony.

After earning his undergraduate degree, Phillips went to work at Hawkins Middle School in the Forest Municipal School District and went back to school to work on his master’s degree.

The father of two now teaches at Forest High School, and recently was recommended to become the new head softball coach.

He admits once he started graduate school things got hectic.

“I was teaching three subjects, one of which is a state-tested subject, and I was also assistant softball coach,” Phillips said.

He also assumed the role of “Mr. Mom” to the couple’s 6th grade daughter and 10th grade son every other week while his wife, Krista, a pediatric critical care nurse, worked at Blair E. Batson Children’s Hospital in Jackson.

Stretched thin, Phillips knew it was time to give up the military.

“I was getting ready to have to be medically discharged due to an injury I had sustained, so this was the best decision for us,” he said. “The Guard was good to me. It brought me my wife and helped me pay for my education.  I am forever grateful to the United States Air Force and the Mississippi Air National Guard. I’m honored to have served my country in this way.”

Phillips credits his wife Krista for having the insight and perception to steer him in the right direction and for encouraging him to go back to school.

“I took some classes at East Central Community College right after high school, but I never finished, and I went into the military. A few years ago while coaching Little League Baseball,  Krista looked at me and said she thought I should go back to school and become a teacher and coach – and she was right. It’s been a perfect fit,” he said.

Phillips wasted no time enrolling to earn a graduate degree so he would be able to teach dual credit and community college classes as well.  He even has entertained the idea of teaching as an adjunct faculty member one day – possibly at MSU-Meridian.

“I had some wonderful history instructors like Dr. Phillip Crenshaw at East Central Community College and Dr. Toby Bates at MSU-Meridian.  They made history come alive and that’s what I strive to do for my students at Forest High School and what I’d like to do on the college level as well,” noted Phillips.

“Here in central Mississippi we are surrounded by history – real sources that have lived specific events. The kids gravitate to that sort of thing and connections are made when history is made real, and they can see it and touch it,” he added.

While studying civil rights, for example, Phillips brought up Constance Slaughter-Harvey who lives in Forest.  She was the first African American female to be admitted into law school at the University of Mississippi.

“My students wanted to know how I knew her, and I told them “I knew her growing up and that history knows her too!”

Phillips admits that he doesn’t know if he would have ever made that first step in his new career without his wife’s prompting and encouragement, calling her his “greatest supporter and cheerleader. There is no doubt in my mind, I would not be where I am today if it weren’t for her. “They say behind every man is a good woman; well, I got one of the best.

And when his wife told him he needed to just keep going and earn his doctorate, Phillips quickly responded it was her turn to go back to school.