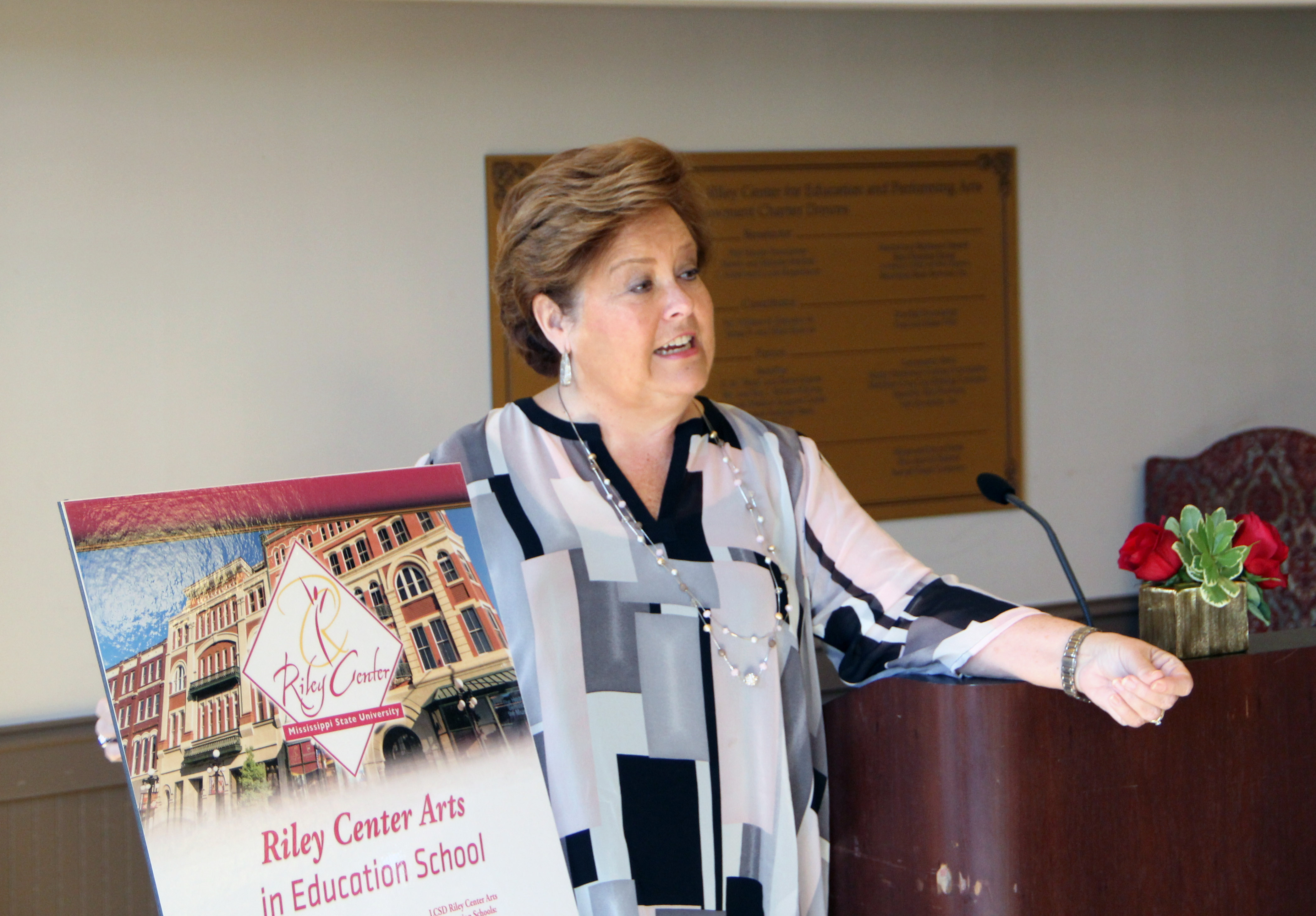 (MERIDIAN) - No matter where she’s lived for the past 45 years, Charlotte Tabereaux has been involved in education and promoting the arts.

At the end of this month, Tabereaux is stepping down as education director and Any Given Child Liaison at the MSU Riley Center for Education and the Performing Arts in Meridian. The veteran educator started working for the center in 2005 before it opened in 2006.

“They wanted me to go ahead and work with the schools and with school children,” she recalled. “I wrote study guides for teachers so the children would have a nice educational experience.”

Tabereaux moved to Meridian in 2004 after she applied to be the executive director for the Mississippi Arts + Entertainment Experience.

Prior to working in Meridian, Tabereaux, who earned a doctorate in education at MSU in 2002, was involved in education in many states, both in the classroom and in administrative positions.

She came here from Brandon, where she worked as Director of Federal Programs for the Rankin County School District, where one of her responsibilities was writing grants, which included funding for the arts.  In that capacity, the Rankin County Arts Alliance was formed, which through her efforts and those of the alliance, the school district was presented the Governor’s Award in 2004 by then Gov. Haley Barbour. When she moved to Meridian, Tabereaux lived in what was a hotel across from Union Station.

At the time, her late husband Tom still had two years left before he could retire from his position with Junior Achievement.

“I lived in the hotel a year and was always looking for houses, so when Tom retired we bought a home here," she said.

Unfortunately, in 2005 Hurricane Katrina hit Mississippi, and the $5 million promised in state funding could not be made to the center, which in part paid Tabereaux's salary.  But, little did Tabereaux know that she helped write the job description for the position she'd be chosen for at the MSU Riley Center.

Her new job would be another step in a long career of supporting the arts.

Through these years of spearheading the Any Given Child program, which is funded through the John F. Kennedy Center in Washington D.C., Tabereaux said one of the many highlights came this year in January. Through the program, students in grades K-12 get to participate in arts education in some form or another. After a year of planning, representatives from the center returned to Meridian. Tabereaux and members of the community put together a supper for them, with the express purpose of convincing them that Meridian was an ideal location for the program.

“We decided to do the supper on the stage of the Riley Center,” she said. “We had it decorated beautifully with flowers and our theater is even more beautiful than the one at the Kennedy Center but what happened on stage at the end of the meal was a highlight for me.”

Thirty community representatives spoke on why the program should be in Meridian.

“Each person that spoke was in tears by the end of their comments, even the men,” Tabereaux recalled. “When we had the launch in January, students in grades 4-12 were part of the choir that sang and the theater was packed out. The Meridian High School Band came down the aisles playing and marched out into the streets when it was over. It was wonderful. Grandmothers, parents and everyone were dancing.”

Not only do the children benefit from arts integration, but the community benefits as a whole, said Tabereaux.

“It’s been proven through studies that when arts are in the community through the schools it helps boost the economy,” she said. “Our graduation rates will get better. They learn more quickly through the arts and retain knowledge better.”

All of these aspects are looked at when a business or industry looks at coming to Meridian, she explained.

Tabereaux's colleagues say they appreciated her expertise and experience as an educator.

“One of the key things she’s been able to do is the Partners In Education grant from the Kennedy Center. Charlotte led the charge for giving us one of the few cities in the nation to have the Any Given Child program. The Any Given Child community has improved the arts in the city and created an excellent learning environment for the Meridian Public School District.”

“Charlotte has been a wonderful educator and friend to me over the past 15 years,” said Sallie Harper, a professor at the University of West Alabama. “She has contributed so much to the field of education and the arts. Teachers, local educators and colleagues highly respect her. When I taught creative arts at MSU-Meridian, I took my students to watch plays she had put together and my students always bragged on her for making lesson plans to go with the plays. She has always been my ‘look up to girl,’ in the art community.”

Although she is retiring, Tabereaux has no plans to leave Meridian, at least for a while. She'd like to spend time with her sons, who live in Michigan and Missouri, and would especially like to visit her three grandchildren more often

“I plan to volunteer and support the Any Given Child program for a few years,” she said. My main reason for retiring is to go visit my grandchildren.”

An ice cream social honoring Tabereaux is planned for 4-5 p.m. on June 27 at the Bulldog Shop at the MSU-Riley Center in Meridian.