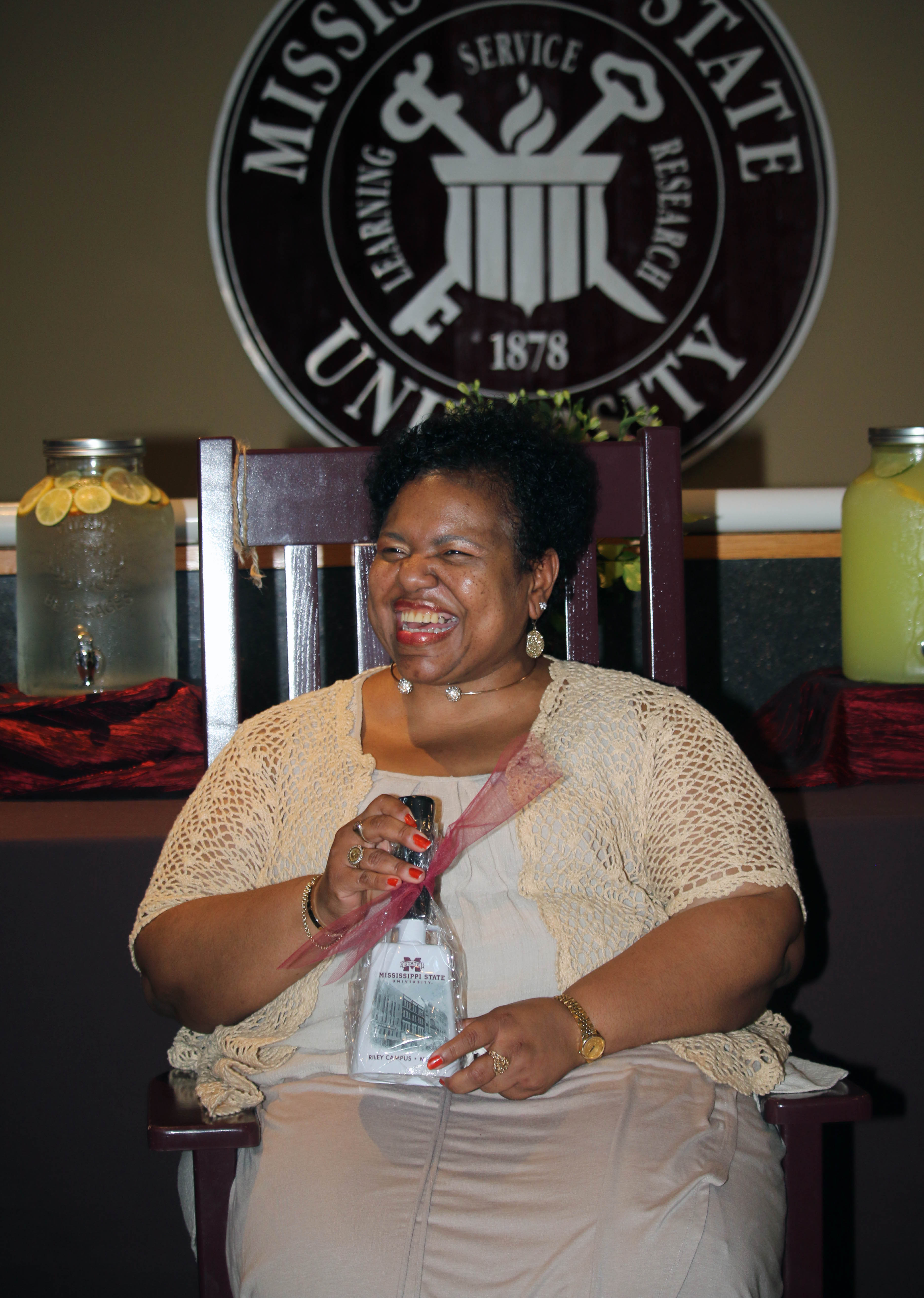 MERIDIAN, Miss.—Marilyn James was home from the University of Alabama in the summer of 1988 when she decided to take a statistics class at Mississippi State University-Meridian. The class, taught by Habib Bazaryi, helped change the trajectory of her life.

James, the student services manager at MSU-Meridian, spent more than 26 years with Mississippi State and was recently honored with a retirement reception for her service.  Her last official day with the university will be June 30.

“I still remember how small and intimate that statistics class was,” recalled James.  “And Dr. Bazaryi had a way of teaching statistics like nobody else I’ve ever encountered. I told my mom, ‘I think this is the place for me.’”

Although James headed back to Alabama that fall, she returned home at Christmas to help care for her ailing father. In January of 1989, she officially transferred to MSU-Meridian.

The oldest of three siblings, James was the first in her family to attend college. As a result, she found herself in the role of advocate, not only for her younger sister Sarah who would eventually go to medical school, but for thousands of students who crossed her path over the years.

“When I first started at Stillman College in Tuscaloosa, we didn’t know anything about how higher education worked and particularly financial aid,” recalled James. “I was fortunate though to become a work-study student in the office of financial aid where I learned all about the different aid available and how to access it.”

When she later transferred to the University of Alabama, she was able to get a work-study job to help pay her way through school.

When James enrolled at MSU-Meridian she inquired about a work-study program on the local campus but learned there wasn’t one. She approached Susan Jones in the dean’s office about it and was told “if you are willing to fight for it, we’ll do it.”

In 1989, with the help of Jones and MSU-Meridian’s first dean, David Moffett, James became the first work-study student at the Meridian campus and years later was responsible for overseeing all work-study students both on the College Park and Riley campuses.

After graduating with a bachelor’s degree in business administration in 1990, she learned about an opening at the university. The position was split 50/50—half her pay and time was spent working for MSU-Meridian’s director of public relations, and the other half was with the University of Southern Mississippi nursing program.

James eventually began working fulltime for MSU-Meridian as a student records clerk; then coordinator of financial aid, records and registration; and finally student services manager, a title she often jokingly described as one that covered “everything but academics.”

“Students who needed information about admissions, financial aid, work study, disability services or to pay their bills would stop by our offices,” said James, “but many just needed a listening ear.”

“A large percentage of our students were the first in their family to go to college, just like I was, and they were often overwhelmed, trying to balance work, school and family,” said James. “Others were battling illness or a cancer diagnosis or the death of a loved one, and I could empathize with them.”

James, who was diagnosed with breast cancer in 2007, went on to earn a master’s degree in school counseling from Mississippi State. She earned an educational specialist degree in counseling in May 2013. That same year, she lost her mother.

Despite her struggles, James always looked forward each year to commencement when, as graduation coordinator, she could celebrate with the students and applaud their accomplishments. She estimates that she planned more than 50 commencement programs during her years at MSU-Meridian.

“It was always so gratifying to see students I’ve counseled and helped along the way walk across that stage with their heads held high and a diploma in their hands,” she said.  “It was always the highlight of my year.”

James will turn 50 in July and is moving to Eau Claire, Wisconsin to live with her sister, Sarah, who completes her residency in June to become a radiation oncologist for the Mayo Clinic.

Her immediate plans include writing a book to help others dealing with cancer. She would eventually like to teach again at the university level, something she had the opportunity to do at MSU-Meridian and said she “really enjoyed.”

But for now, James will relax in her new Mississippi State rocking chair and explore her new home in the Northwest.